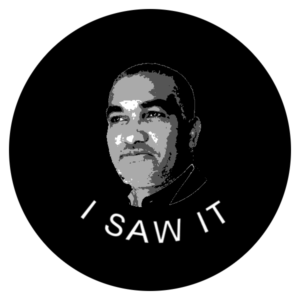 Two years ago this month, barely two months after I started my Star Citizen investigations and subsequently published the infamous July Blog, an ex-employee at the Austin team, David Jennison, wrote what many believe to be the single most compelling indictment of the project by someone working on it; and why it was doomed to fail due to the incompetence of one person: Chris Roberts – Creator

When I wrote The Long Con blog that same month, and later caused quite the furor with this long Tweet, I really didn’t think that two years later we’d still be arguing and discussing the very same things, or that the project would inevitably turn out to be the disaster that it currently is. In fact, I actually felt that at some point, having realized that they simply couldn’t build the game promised, that they would restructure the project, go back to basics (the original 2012 Kickstarter pitch), then release a game which they could later build on. But no, that would have been too easy, too logical, and likely killed the hype gravy train.

It’s even more poignant that, as I wrote in the two year anniversary of that blog, the only things that have really changed for the better, are that a development schedule was released, and refunds are happening. Backers still however have no idea what has happened to their money, nor when either of the games will be finished, let alone if they will in fact ever see the light of day in completed form now that an MVP release is on the table again.

The August 2016 Gameranx article, The Chris Roberts Theory Of Everything, which also cited and spotlit the Jennison letter, gave an in-depth look at how things went completely sideways. In September of that same year, Kotaku UK released a five-part series of Star Citizen articles which shed more light on the unfolding disaster. Two of those articles, Inside the Troubled Development of Star Citizen and What to Make of Star Citizen, served to pose more questions than they answered, simply because, all furor aside, it was just so unbelievable that a once promising project with excessive funding, and which had – at one time hired some of the best people in the industry – could actually fail.

“Robert’s deficit wouldn’t be much of a problem if he trusted the vision of the art directors, people who are actually artist and have directed other artists. But he doesn’t, insisting that he is the only one who can direct the artists. I suspect this is an issue of ego, a man intent on appearing like a visionary. But regardless, the results so far have been disastrous, rife with perpetual rework, wasted time, and mass frustration. No one can buy into CR’s artistic vision because no one, including CR, seems to know what it is.

So the one thing that no one discusses is the biggest problem. Roberts is someone who on a company- wide level is always feared, but never respected. His direction is met with nervous compliance to his face, and rolled-eyed resentment behind his back. When his orders are articulated later to the rest of the team, and basic questions of logic and practicality are inevitable asked, they are met not with an explanation of why CR’s idea is a good one, but the importance of his happiness. The explanation is always the same- “I know it makes no sense, but that’s what CR wants”. This team is filled with people who have experience publishing other titles. Lots. We all know how it is “supposed” to be done. But everyone is faced with the same repeated dilemma, a choice- make CR happy or do what works for the game? Short term survival vs long term wins. And unfortunately it’s the survival option that wins out, mainly because turning away from a directive of CR is a recipe for unemployment.

I am only speaking from one corner of this project, but I know that the micro managerial frustration experience is an epidemic at CIG. Everyone seems to be unhappy for the exact same reason. I don’t foresee anything changing at CIG if Roberts doesn’t change himself. And this is a shame because the company has all the ingredients to do something truly great, if only they would be allowed to do it.” – David Jennison

THE LEGACY OF FAILURE

The veracity of the on-the-record Jennison claims aren’t about whether or not he was genuinely disillusioned or just a disgruntled employee, because that wasn’t even written for public distribution. It just happened to leak to me, I published it, then removed it when he requested that I do so. The underlying tone, also echoed by others who spoke off-the-record to The Escapist that same year, are similar and even more damning. It’s interesting that having threatened (as they tend to) legal action against The Escapist, that never happened. In the end, as I wrote in my The Money Laundromat blog, both CIG and The Escapist reached a settlement in which both sides agreed to remove their statements, rather than litigate (The Escapist would have won – without a doubt) them through expensive and distracting legal action.

When you look back through history, even going by Chris Roberts’ own statements, it’s easy to see how this pattern of conduct that has now affected this project, continues to be the most damning evidence to date.

“In the wake of the collapse of Digital Anvil, co-founder and soon-to-be-former CEO Chris Roberts has spoken about his decision to leave the company he founded just four years ago. As we suspected, the company’s troubles were down to “wanting to develop not only hugely ambitious games, but too many hugely ambitious games”, leaving the company’s finances stretched after four years without a single game being released – the sole title to emerge with the Digital Anvil name on it was actually mostly developed by a small British company. “

At this very moment in time, two years since that very public (1, 2, 3) letter, neither Star Citizen nor the single-player companion game, Squadron 42 have been completed. Based on actual facts culled from what has been released vs what was promised, neither is even 15% completed at this point in time – six years and almost $160M later. And the insider rumors that “Squadron 42 does not exist as a game” are still going around, even as CIG uses various art assets to give the impression that it is still very much in development – and now due out in 2018. Having pledged that game IP in exchange for a payday loan a few months back, they have no choice I suppose. Captured Sept 24th, 2017. If you think it looks suspicious; that’s probably because it is.

As of the latest metrics, ignoring the fact that not even the Twitch & YouTube streamers who used to play the game regularly are engaging as they once did, of the approximately 400K backers (that oft quoted citizen number is pure rubbish; ignore it) of this project, the abysmal engagement number is excruciating testament to the failure of the project.

Even the upcoming 3.0 build which has been stripped of most elements that made it a point release, is still largely unplayable – according to several sources (some of whom recently left the project). In fact, when the first public 3.0 schedule appeared in April 2017, I had written that it was just a re-branded 2.7. This was vehemently denied by everyone invested in stifling dissent. That was despite the fact that one of their own “special” Shillizen streamers, already went on the record and confirmed it. The hilarious part is that, right there, he wrote “STAR CITIZEN ALPHA 3.0 FEATURES – Renamed from Star Citizen Alpha 2.7 & Released Planned Before End of 2016“. And that was barely two days after Chris Roberts went on stage and said that 3.0 was due out in December; a fact that many backers dispute (“No! He didn’t promise!”, they proclaim) to this day. 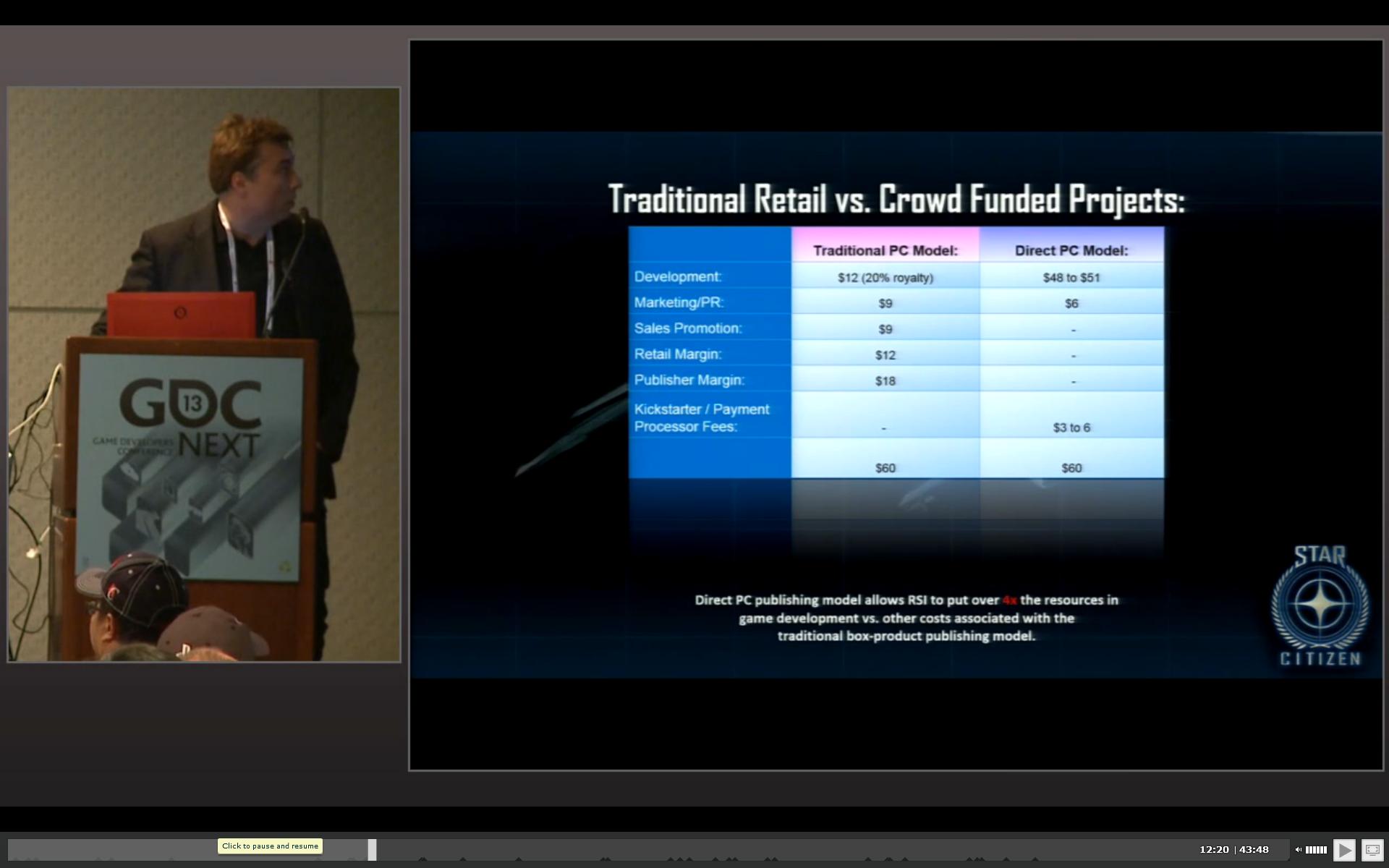 Even following the disastrous GC2017 event which I wrote about, how anyone looking at what was promised in 3.0 a year ago, can say that what is said to be released “soon” is comparable, continues to astonish. In a bid to release something called 3.0 by CitizeCon 2017 in Oct, or worst case scenario, before year end (2.6 was released on Dec 23, 2016), they continue to cut things out of it or they stand zero chance of delivering any form of 3.0 by year end.

And let’s not ignore the fact that we’re now hearing rumors of what appears to be an exit strategy of sorts, being in the works.

Back in 2015, when the project appeared to be going off the rails, a group of contractors and employees sounded the alarm. Most opted to ignore it; even as others continued to fund the project because in their mind, money would solve the problem.