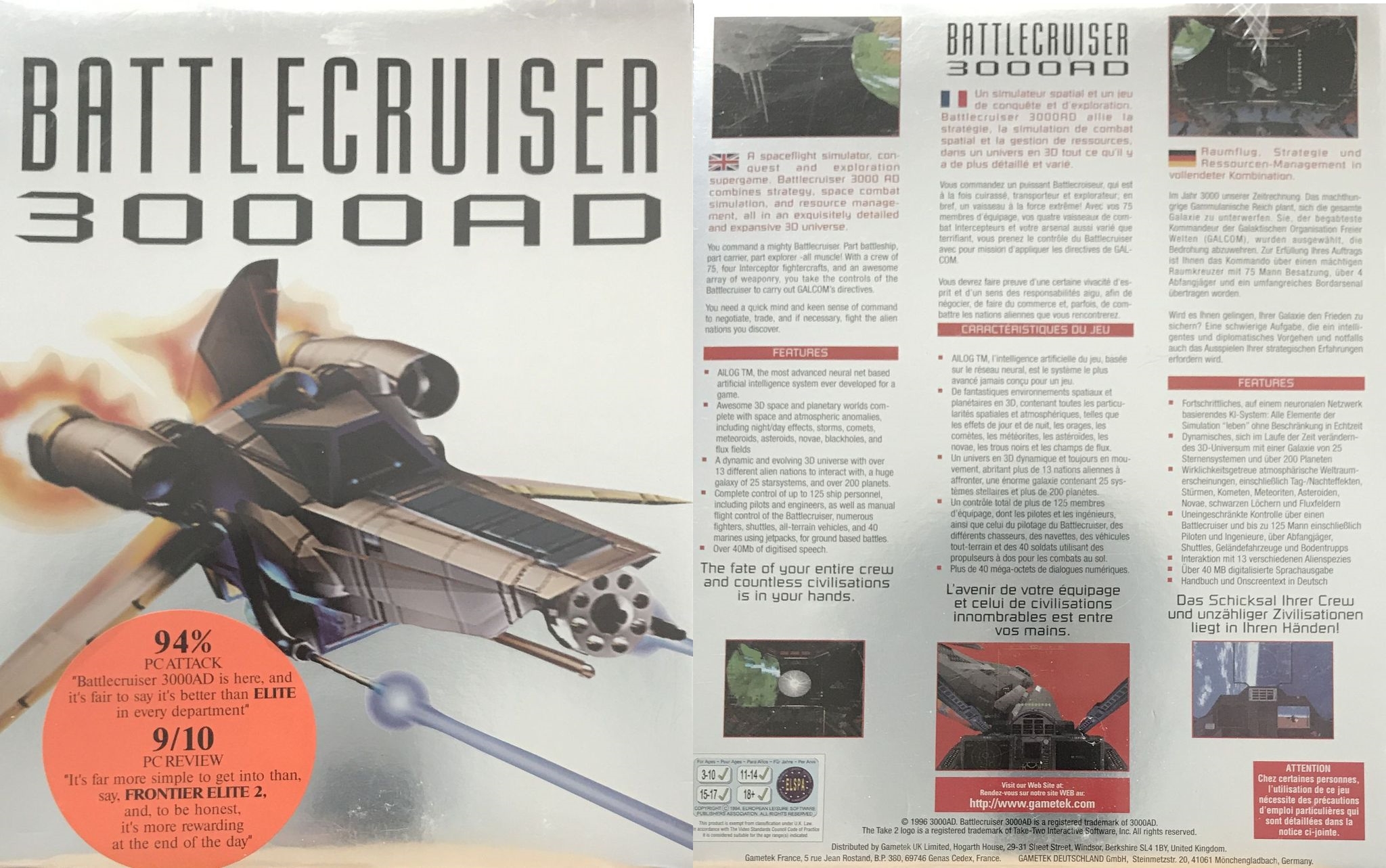 Twenty-Two Years ago today, history was made…
Today, 22 years ago, after a very long, challenging, and arduous journey fraught with disappointment and betrayal, I became a part of videogame history. My first game, BATTLECRUISER 3000AD (BC3K) was commercially released by its then publisher, Take 2 Interactive.

Back then, marketing promos were focused on print media advertising, shows (E3, GDC etc) as well as extortionate shenanigans by the top retailers who made publishers pay a premium for end cap space in order to sell games in stores. Especially during Christmas holiday season. This was all before the advent of mainstream digital distribution; and in a time when we still shipped games on floppy disks and CD-ROM.

A time when the most we fought about were games, and not all this other stuff that permeates social media discourse around our games.

It was a time when we argued, fussed and fought with our media who could make or break the commercial viability of our games with a single article – paid for or otherwise.

It was a time when publishers actually paid attention to media, instead of the gamers who bought our games.

It was a time when publishers could still invest in all videogame genres, niche or not, instead of going with the flow of dollars and engaging in sequelitis year after year after year. You could still buy hard core flight sims, adventure games etc. Even CD-ROM helped sell games!

It was a time when the Christmas season was the make or break period for videogames.

A time when publishers did stupid crap, like, oh you know, ship a game it knew was in Beta and NOT ready to ship. It happened to me. I was there. And it all but ruined my career and over a decade of very hard work.

A time when publishers literally controlled the media and the message, and very few were willing to believe in an eccentric indie developer who came from out of nowhere.

In the face of much derision, I was the laughing stock and butt end of every joke you could possibly think of. I had to deal with unflattering criticism of my work. But unknown to many, behind the scenes I was fighting to regain control of my IP from the publisher, while working to finish BC3K as I had intended. On Usenet, AOL, CompuServe, print media, and in every corner of gaming, the fallout would have been enough for any normal person to walk off a cliff.

Through all that, very few actually realized that I had – in fact – created technologies that were so far ahead of their time, that it was hardly surprising that they didn’t believe me. It’s bad enough that it came from an indie dev, and not publishers or their “gaming gods”. I had, in fact, created :

1) One of the first games with a fully functional, self-learning neural net engine. I wrote an entire language for it, mixed with an FSM, BAM and everything else you could think of.

It powered a fully dynamic universe. It was – and to THIS day – remains the first and ONLY capital ship combat simulation game in existence. It not only models an ENTIRE ship and its crew (they eat, sleep, do combat, go on away missions etc – all AI controlled), but also simulates an entire space & planetary world.

2) The first game with a massively dynamic game world that runs in REAL TIME. No cheating. It runs in real-time. All the time. You could fire up the game, put your ship under AI crew control. And not do a thing. For MONTHS on end. The game will literally “play itself”, complete with trading, combat, alliance changes, exploration etc. With a complete save game state. Any time. Any where. 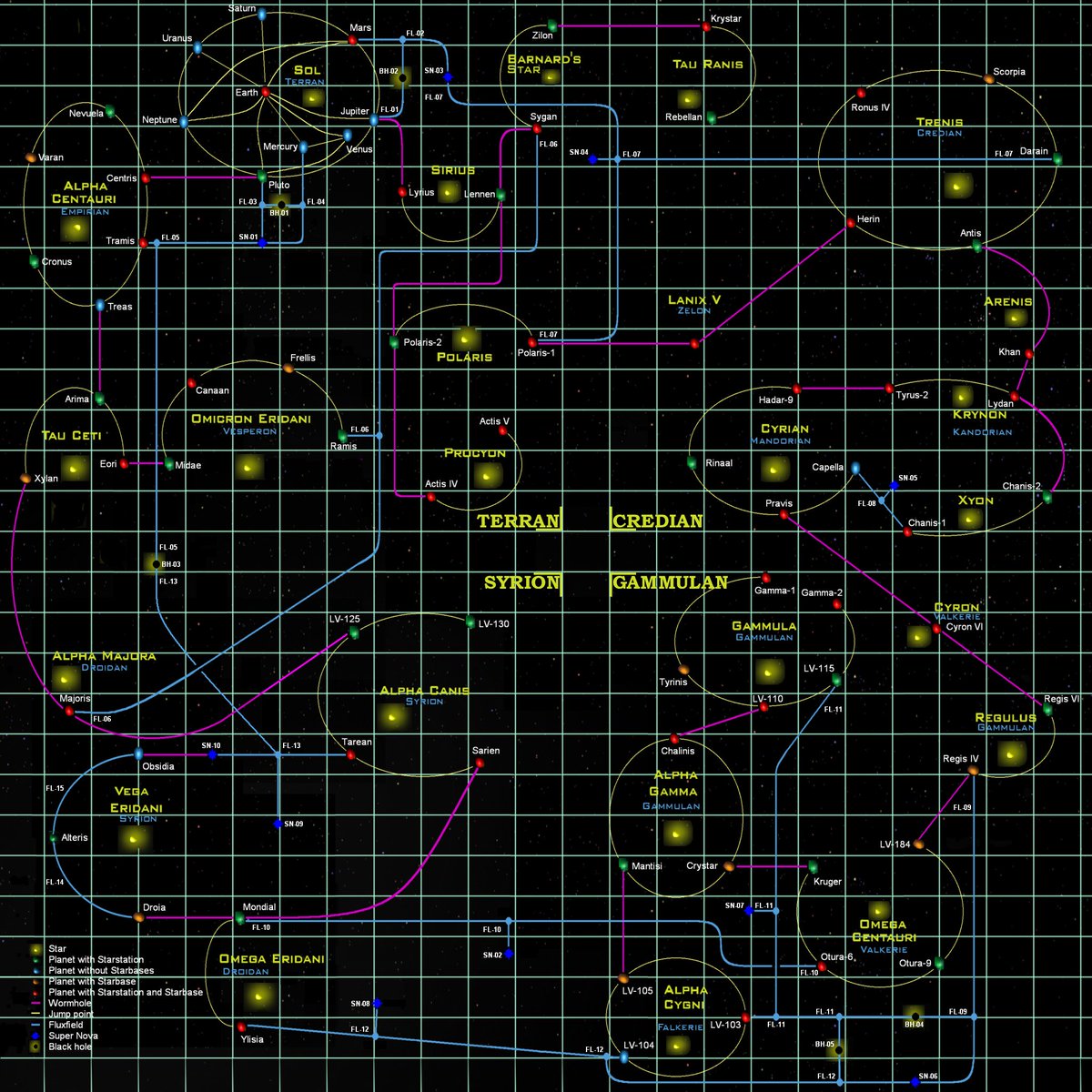 3) It was one of the very first sandbox games ever built. Period.

And to this day, the reason NOBODY has been able to replicate these sort of technologies all rolled into a single game, is because you have to be – literally insane to do it. And today it’s even more costly. But none of this matters when you walk into a store and buy a game that was literally unplayable for an extended period of time.

While all this was going on, I had devised a plan to get my work out so that people could see what I had slaved over a decade on. Behind the scenes, my long time friend and attorney, Eric Rotbard, was working hard to regain the rights to my IP. Then we got wind that Ryan Brant, then CEO of Take 2, was looking to take the company public. It gave me the advantage that I needed, when, faced with my impending lawsuit, they settled – and I regained the rights back to my work.

The first thing I did shortly after the ink dried on the paperwork, was grab a commercial (did I mention that I had walked into Best Buy and bought a copy of my own game when it hit the shelves, because the publisher never sent me a copy of my own game?) copy of the game and patched it to my work-in-progress version. I then notified all the worldwide distributors (e.g. GameTek) who Take 2 had signed deals with, to stop selling the game – or else.

I then released it on the Internet for FREE so they would stop profiting from it. Then for months I continued to work on patching it. For free. It wasn’t long after that people started to slowly experience the extent of what it was I had actually created. Then people started writing about the tech (e.g. the neural net which was the subject of at least two college dissertations) in articles, books, columns etc.

It wasn’t long after that Take 2 went public, buoyed by a game (search the SEC filing for ‘Battlecruiser’) that I built through hard work. A game which, for all history, will remain as the cornerstone of their IPO.

My work did that.

It’s popularity convinced me to continue working on the game, even as most of the media continued to downplay what had really happened to this game behind the scenes. The free download went on to break many download records, including over on File Planet and elsewhere. You can still also find it on various freeware sites where many still download and play it for nostalgia.

All those things convinced me to continue working on the game, and eventually I showed it to the bigwigs at Interplay. And so in 1999, two years after that initial disaster, Battlecruiser 3000AD v2.0, a finished and more advanced version of my original vision, was released. The rest is history.

I also remember how Take 2 tried to shape the narrative and pin the blame on me. Claiming that I was mad at them over the game, kicked a coke machine, and quit the development. And CGW, without a SINGLE effort to fact check, printed it. And another BC3K meme was born.  It wasn’t until many years later in 2001, that they revealed they had done a follow-up and got someone on the record to say that it was all fiction and didn’t actually happen. That’s the sort of crap that I was dealing with at the time. So I kept fighting back.

A few years later, the CEO of Take 2 (now one of the largest videgame publishers) was up on charges for an accounting scam, barred by the SEC and end up in a plea deal with probation. The SEC charges were a laundry list. UPDATE: Ryan Brant passed away in 2019.

As is the case with creative works, I have gone on to develop 19 games – all featured in the same IP and world that I built over three decades ago. Games which, while not mainstream, have had a dedicated fan base that started with that one fateful game. Years later after I added even more features (e.g. first person mode to planets and space) to the game, and which allowed players to experience the game using any of the ships in the game, instead of just a Battlecruiser, I released the spiritual successor, Universal Combat (2004), and currently working on a major upgrade.

Today, I am older, cynical, and no less eccentric now than I was back then. Through it all, I have remained true to the games that I want to build, and to the gamers who make me want to build them.

This is my legacy.

The very first time that I appeared in a magazine, was on the cover of one of the mainstream ones at the time