MY BROADCAST ON THIS HILARIOUS BUT SHOCKING NEWS

The original version of this entry has various revisions due to the emerging news at the time. For that reason, I converted it to a blog article with various revisions, additions etc. See Star Citizen – A New Dawn.

STATE OF THE ENGINEERING FARCE

Everything is still broken, runs like crap, and not going anywhere. Several items in the upcoming 3.4 build have been deferred to later builds in order to meet it’s end-of-year release. We fully expect everything to be even more broken seeing as some items jumped from 50% to 100% – in the span of a single week. They’re not even trying to hide it anymore. 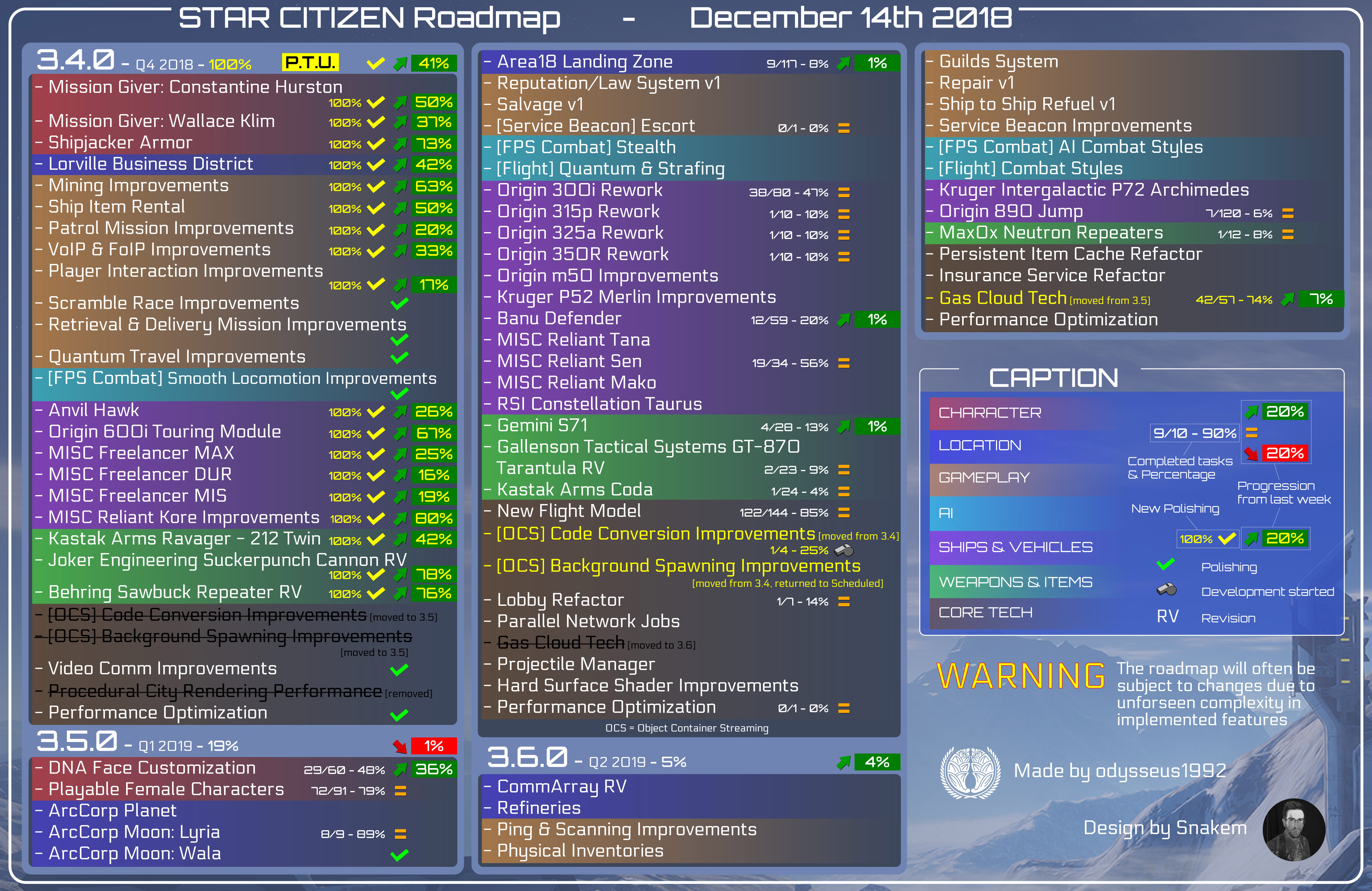 I have updated my lawsuit chronology following the latest ruling. On August 16th, Crytek filed their Second Amended Complaint (SAC) following the judge’s ruling on the motion to dismiss. Then on Sept 6th, CIG filed yet another motion to dismiss which focused on the highlight of the judge’s prior ruling – that being Section 2.4 of the GLA. On Dec 6th, the judge ruled on the SAC in favor of CIG – but with leave to amend if Crytek decided to file a Third Amended Complaint with additional material.

Key to this ruling is that the judge had already ruled in favor of CIG by tossing the “exclusivity” aspect of the GLA in Section 2.1.2. And this Section 2.4 is related to that, which is why the judge mentioned it in her first MtD ruling; thus prompting the SAC filing by Crytek.

Not long after the ruling, two Internet lawyers, favorites of backers, started proclaiming (incorrectly once again) that the judge had dismissed the entire case, and that Crytek had lost. Which of course wasn’t true. They completely ignored the fact that the SAC was focused on specifically Section 2.4 of the GLA, and that all prior rulings in the Aug 14th motion to dismiss filed against the First Amended Complaint, were still valid, and thus headed for trial. Days later, they both started walking back their previous proclamations. It was hilarious really. So much so that I made a video explaining the whole thing.