If there is one thing that we can always count on happening every month with the Star Citizen project, it’s that there is bound to be another major screw up or controversy. I mean, we barely just recovered from the latest Crytek lawsuit fiasco. This latest fiasco is not just so funny, as it is completely and utterly incredulous to even those of us who have come to expect nothing less.

Every year since the project’s inception, CIG has attended various industry shows such as GDC, E3, Gamescom, PAX etc. They’ve also had a yearly event called CitizenCon where they focus on the current and future state of the game. It’s basically BlizzCon – but with propaganda and lies designed to continue ripping off their backers. In case you were interested, that amount currently stands at $192M (Disclaimer: most of us believe that chart is pure fraudulent bs; designed to show healthy interest in the project) seven years later – and no game to speak of.

Last year, they unveiled plans for this year’s CitizenCon event, and as they always have – started selling tickets for those who wanted to attend. The rest of us just watched it streamed live – for free. Those tickets for attendance were previously priced from $55 to $130. So imagine our collective surprise when in last night’s Around The Verse broadcast, we learned that not only were they now going to stick it behind a paywall, they actually introduced a new $20 tier if you wanted to watch the stream. I’m not even joking. Watch…

Unlike in previous years, they’ve had problems selling out tickets this year. Which is surprising when you consider that the event is taking place in Austin, TX. I’m guessing that having lied up a storm in 2017, while failing to produce even 10% of what they promised during the last events, the remaining gullible backers who keep giving them money, are holding on to their wallets. So what do they do? They came up with a way to get more money from their backers. It’s a slap in the face of backers when you consider that they have ALL funded this project. And now, those who aren’t subscribers (to their monthly propaganda bs), are being asked to fork out an additional $20 if they want to watch the show live.

And if you buy a ticket, but can’t attend for whatever reason, you don’t get a cash refund back – only store credit. LOL!!

As soon as the news broke, and the tribe took up arms (1, 2, 3, 4, 5) Chris issued a statement which is not only as short-sighted and ludicrous as others before it, but also rife with his utmost disrespect for the very same backers who pulled him out of abject poverty, and made him a millionaire. The same people to whom he currently owes not one, but two games – neither of which is even 20% complete. As these things go, it wasn’t long before the moderators started deleting posts, banning backers voicing outrage etc. YES, HE WROTE THAT. ALL OF IT.

So here’s the thing. He’s now going for the BlizzCon model whereby Blizzard – who funds their own games – charges for a virtual ticket to attend. Ignoring the fact that Blizzard isn’t crowd-funded, and doesn’t owe their gamers anything, take a look at what comes with their virtual ticket, then compare to what CIG is charging its backers for. I mean, think about this; do you think anyone who isn’t already a staunch Star Citizen backer is going to watch their stream, let alone fork out $20? Yeah, no. In fact, in the history of all their shows, let alone their posted YouTube videos, they’ve been hard-pressed to even break 30K views. And this is a project that’s touting two million (it’s pure bs; as that number is less than 500K when duplicate, as well as free accounts are taken into consideration) citizens.

Which brings us to the “The Pledge” from 2012. It’s hilarious to me that some backers, right now on Reddit, are once again evoking it. It’s almost as if they haven’t been paying attention ALL these years when CIG has systematically broken it in every single possible way. YES,  RIGHT FROM THE START, THIS WAS ALL A LOAD OF HORSE SHIT

Yes, Chris Roberts has not only routinely lied to the public and indeed to his backers, he’s also routinely walked back almost every single promise of material significance to the project. In the case of this CitizenCon paywall, not long ago this past August 3rd in one of his posts to the community, he said this:

“This was the economic approach I proposed out when I first pitched Star Citizen because it is the model as a player I prefer. I don’t like to have to pay a subscription just to play and I hate when things are deliberately locked behind a paywall, but as someone that doesn’t have twenty hours a week to dedicate to building up my character or possessions, I appreciate the option to get a head start if I’m willing to pay a little extra.”

This is the part where I mention that, after years of touting a dev schedule and their need to release a major update each quarter, barely weeks ago in a shocking update, they not only stripped the upcoming 3.3 build of all material features they had been hyping for months, but also said that it’s no longer going to be released at the end of Sept. Instead it’s going to be released during CitizenCon on Oct 10th. See what they did there?

So that’s the end of another month, and yet another fiasco, in the Star Citizen ecosystem. 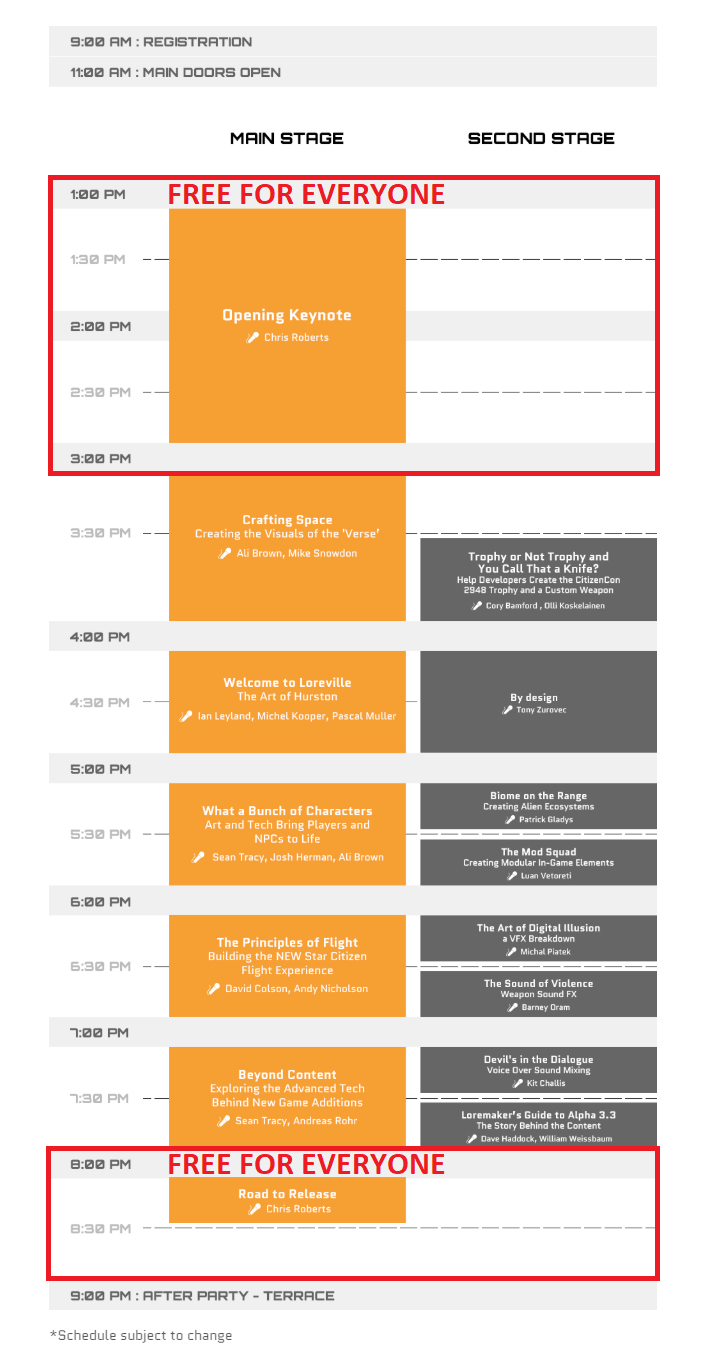 It’s all about money. Once again, he planned something that he blew the budget on. Then he tried to get backers to pay for the excess. That’s all there is to it. Had he not reversed, it would have tainted the event from this point, and right on to Oct 10th. He had to make a choice – and it had nothing to do with “listening” to backers. I like how he managed to throw a sale pitch right in there too.

Meanwhile, we’re 3K up votes into yet another Reddit thread about the latest fiasco